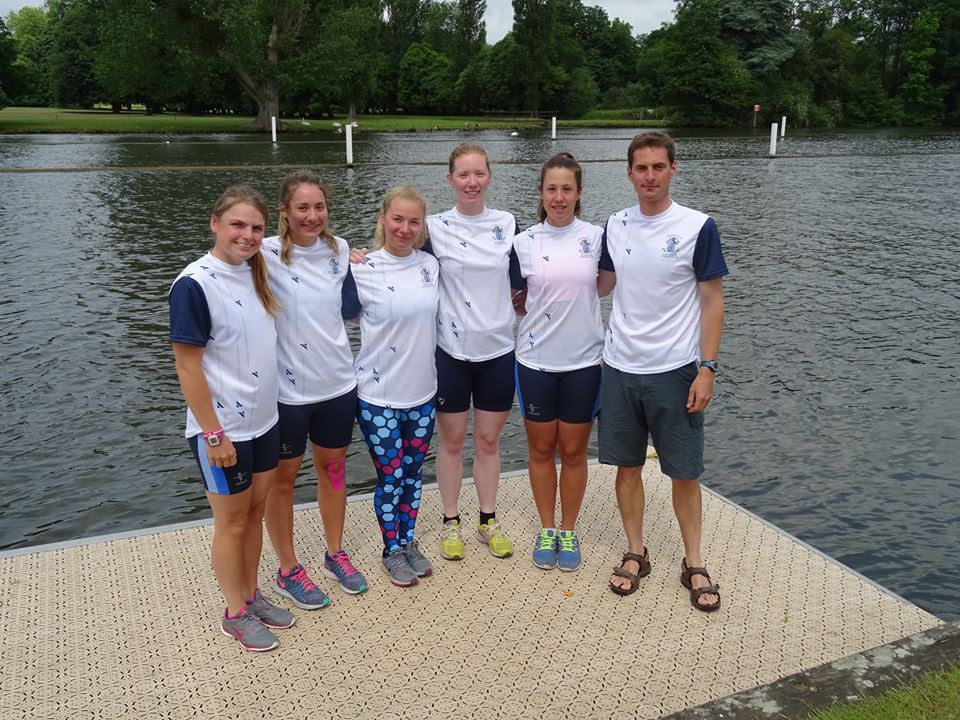 It is the aim of the women’s squad to win Henley Women’s Regatta and this year the UWRC’s 4+ took us that one step further to achieving this. After weeks of gruelling training it was time to put all that hard work to the test at Henley Women’s Regatta 2016. This years crew comprised of Bow; Emma Body, 2 seat; Sophie Everett, 3 seat; Amy Freeman, Stroke; Katinka Ernst and Cox; Rachael Elmes fought through the time trail to finish in a comfortable 8th place with a time of 5:28.0 after which they drew Edinburgh for their first regatta style race of the event. They went into the round knowing it would be tough but also with confidence and the fight to win. Even the commentators noted their commitment by exclaiming that the Worcester girls were throwing “the kitchen sink at it”!  And with this gumption they went on to win by 1 and ¾ lengths after being behind at the 500 meter mark.

This amazing show of sporting prowess saw them into the Saturday quarter finals against University of the West of England. Once again they knew they were in for one hell of a fight if they wanted to make it through to the semi-finals, but after a pep talk by Head Coach James Wilton they felt ready to face up to the challenge. Through the race both crews kept making pushes in the hope of breaking the elastic and cracking their oponents. However our Worcester girl are not ones for backing away from a fight and once again went for a sprint finish and took the win.

By qualifying into the Sunday semi-finals these girls made history for their club! And although they went on to lose to the eventual winners, University College London, they went away with the feeling of great achievement and knowing they gave their all for themselves and their crew. This astronomical achievement moved the squad and the club forward tenfold and has given motivation for coming athletes.

All that remains it to congratulate the girls on their level of commitment and their tireless efforts and thank Coach James Wilton for his continued time and patience.