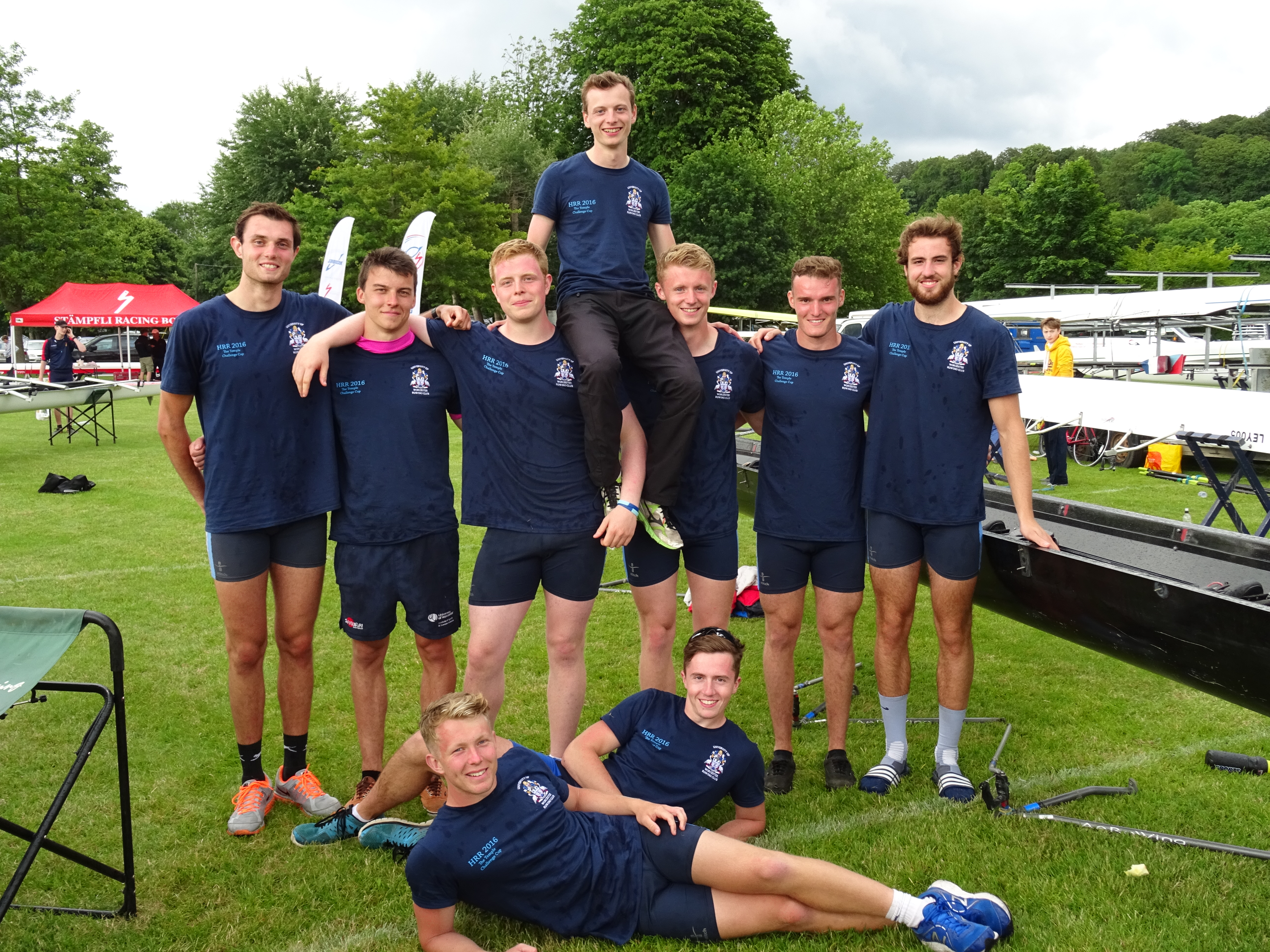 I awoke at 6:30 to news that would alter the political and economic landscape of the UKs future. In one of the most questionable pieces of democracy since Regions of Russia polled a 140% turnout, 99.5 of which voted for the United Russia Party, the UK had voted to leave the EU. The pound plummeted and the socioeconomic future of the land hung in the balance, but what was infinitely more important was that it was the day of Henley Time Trials

We left the house not long after 7 and after a brief stop at CO-OP to buy what was needed for the day we burnt rubber down to Henley with a careless disregard for the law that has become synonymous with the hieratic driving style of Ryan. We arrived at what is now the most upper-middle-class sporting event since the last London League of peasant beating meet between the Westminster Whackers and the Old Etonians, where the big money overseas signing of the Paris Punishers Francois Escargo helped the Whackers to a 14-5 win, Francois's characteristic flick of the wrist accelerated that stick at point of contact to a speed previously unseen in the far less flamboyant English league which benefited the team greatly when they were confronted by a group of helpless street orphans. Onlooker and lifetime fan of Westminster Lord Edward of Islington described the affair as a "Jolly good return to form, it's good to see the boys back doing what they do best, hitting orphans hard and with shocking regularity"

After finding the boat rigging and adjusting various other components in the pursuit of boat speed myself and Jack took a walk to take it all in. Upon entering the athletes' tents we were confronted by gentlemen of tremendous stature, true mountains of men all bounded by one thing, the love of rowing (also the English class system). The grand setting of Henley truly brought to reality what we had all worked so hard for. Looking around you could see the likes of Washington, Yale, Oxford  and the University of Warwick D boat, knowing that we were rowing amongst these front runners of rowing only further added to the majesty of the occasion.

We returned to the boat to head out for a warm-up outing on the famous Henley stretch. We rowed up and down twice getting overtaken by the University of London's Champs 8 for which we got a pretty stern Burkeing. The outing had somewhat eased the nerves and with only 2 hours before our trial we all sat down took on board some food and  waited for the inevitable passage of time.

The time had come, exactly what that time was escapes me but it had come. We took the boat to shoulders one last time and headed to the water like a zebra heading to cross the Nile, nervously and with great uncertainty of what was to come. With the words of another inspiration speech from Jamie and Barrie echoing in our ears we headed down to the start line passing boat filled with equally a nervous counterparts. Never had there been so many nervous young Brits in boats uncertain of their future since June 4th, 1944. We entered the queue and prepared ourselves one last time to "leave it all on the water"

We had come to the start of the Island. We took one last breath and readied ourselves. "University of Worcester, Go" We set off at 38 transferring all that nervous energy down the loom into the water. We pushed till the end of the island where we were confronted by the elements, what had seemed like a light breeze heading down now felt more like a force 10 gale. We continued to push for the Barrier the first major landmark at Henley, we then settled down to race rate race pressure.

It felt good, we were long we were strong through the middle. we approached the Remenham Club prepared for the Remenham roar, however, we are the University of Worcester so it was more like a Remenham ripple of moderate appreciation and indifference. Never the less we took this roar and gave it that extra 2% for 30 strokes to split the field. The noise from the bank turned eerily quite as Barrie Jamie and Selby drifted off into the distance we were moments away from entering the enclosure

Although for most of this piece I've been pretty sarcastic and self-deprecating rowing through the enclosures was genuinely one of the best experiences in my sporting life. Even though it was only the time trial the noise from the banks was overwhelming and looking up to see the Henley course stretch in front of you made the pain fade way as we pushed for the line.

We had Finished we came in and carried the boat away to our trailer and waited with baited breath for the results to appear. It matters not where we came but rest assured we did not make the cut . Jamie delivered a speech of hope  for the year ahead and congratulations for the year past. This was followed by one final Burkeing to keep us motivated over the summer. We derigged and with that we had finished  for the year, all that was to be done now was to go home and follow the time honoured British tradition of binge drinking in celebration of a job done, not a job well done but a job done none the less